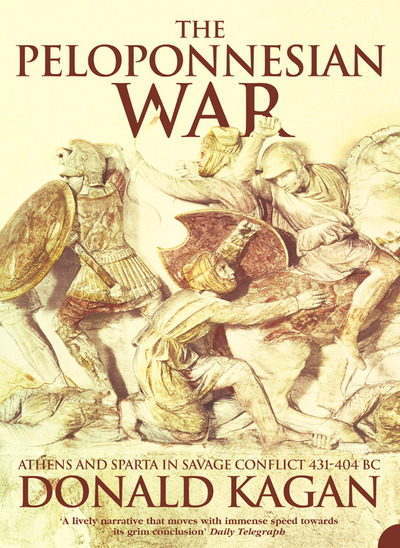 The Stalingrad of the ancient world, this is an immensely readable, brilliant, brutal and vivid history of the greatest and bloodiest war of ancient Greece. The Peloponnesian War, fought 2,500 years ago between oligarchic Sparta and democratic Athens for control of Greece, is brought spectacularly to life in this magnificent study. Kagan demonstrates the relevance of this cataclysmic event to modern times in all its horror and savagery. As two uncompromising empires fight a war of survival from diametrically opposing political, social and cultural positions, the seemingly invincible glory of Athens crumbles in tragedy. Athenian culture and politics was unmatched in originality and fertility, and is still regarded as one of the peak achievements of Western civilisation. Dramatic poets such as Aeschylus, Sophocles, Euripides and Aristophanes raised tragedy and comedy to a level never surpassed; architects and sculptors were at work on the Acropolis; natural philosophers like Anaxagoras and Democritus were exploring the physical world, and philosophers like Socrates were dissecting the realm of human affairs. All this was lost to this bloody conflict. In this work of brilliant scholarship, Kagan illustrates his remarkable ability to interpret these events as a part of the universality of human experience. His clear expertise in both the ancient world and the wars of the 20th-century are combined with his storytelling gifts to give an unforgettable portrait of this pivotal war that has shaped the world as we know it.