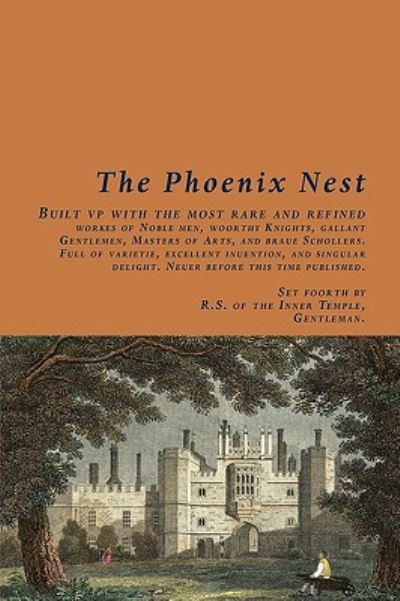 Following the publication of "Tottel's Miscellany" in 1557, a number of other such miscellanies appeared, none of them especially significant from an artistic point of view. In 1593, however, a still-unidentified gentleman known only by his initials (R.S.) published this relatively slim, well-printed and well-designed compilation, which included works by a number oif significant poets of the day-those identified are Sir Walter Raleigh, Thomas Lodge, Nicholas Breton, Robert Greene, George Peele, the Earl of Oxford, Sir Edward Dyer, and Thomas Watson. It is almost certain that the "Phoenix" of the title was Sir Philip Sidney (1554-1586), to whom the first three elegies in the book are dedicated.