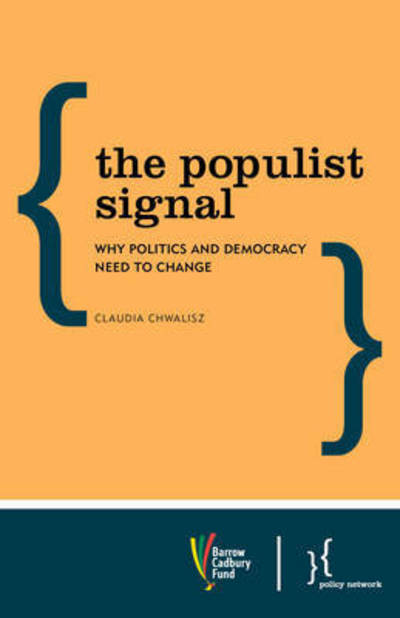 The social and economic shifts of the past few decades have hardened deeply held scepticism and distrust of 'the establishment'. In an age of historically low party membership and identification, voter volatility, rising abstentionism and greater individualism, mainstream parties are struggling to be representative. This book is about the turbulent political scene unfolding in Britain and across western Europe. It focuses on why large swathes of voters feel that politics does not work and how this fuels support for insurgent parties and actors. Drawing on new survey data in the UK, interviews and international case studies, this book shows that people are concerned with the process of politics, not merely its performance. They have a genuine desire for greater political participation in the decision-making process. Setting out a range of democratic innovations to reconnect people with politics, it contends that populism is a warning signal to parties and governments to revisit their approaches to governance and representation. New forms of political engagement should not feel like a threat to formal political systems, but rather as much-needed additions that enrich democracy.