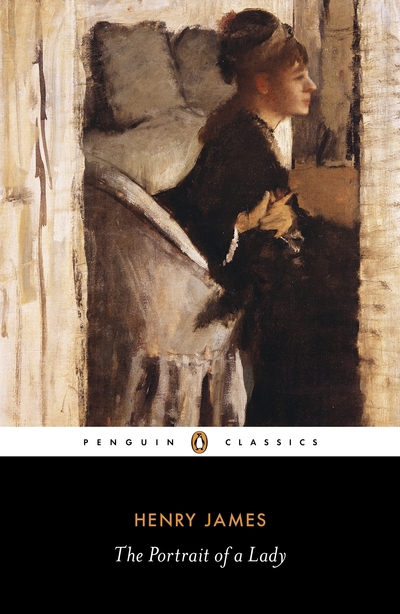 The Portrait of a Lady

Regarded by many as Henry James's finest work, and a lucid tragedy exploring the distance between money and happiness, The Portrait of a Lady contains an introduction by Philip Horne in Penguin Classics.

When Isabel Archer, a beautiful, spirited American, is brought to Europe by her wealthy aunt Touchett, it is expected that she will soon marry. But Isabel, resolved to enjoy the freedom that her fortune has opened up and to determine her own fate, does not hesitate to turn down two eligible suitors. Then she finds herself irresistibly drawn to Gilbert Osmond. Charming and cultivated, Osmond sees Isabel as a rich prize waiting to be taken. Beneath his veneer of civilized behaviour, Isabel discovers cruelty and a stifling darkness. In this portrait of a 'young woman affronting her destiny', Henry James created one of his most magnificent heroines, and a story of intense poignancy.

This edition of The Portrait of a Lady, based on the earliest published copy of the novel, is the version read first and loved by most readers in James's lifetime. It also contains a chronology, further reading, notes and an introduction by Philip Horne.

Henry James (1843-1916) son of a prominent theologian, and brother to the philosopher William James, was one of the most celebrated novelists of the fin-de-siecle. In addition to many short stories, plays, books of criticism, biography and autobiography, and much travel writing, he wrote some twenty novels. His novella Daisy Miller (1878) established him as a literary figure on both sides of the Atlantic, and his other novels in Penguin Classics include Washington Square (1880), The Portrait of a Lady (1881), The Awkward Age (1899), The Wings of the Dove (1902), The Ambassadors (1903) and The Golden Bowl (1904).

If you enjoyed The Portrait of a Lady, you might like Edith Wharton's The Age of Innocence, also available in Penguin Classics.

'Matchless, a grave description of one of life's great traumas, the passage from innocence to experience'
Anita Brookner