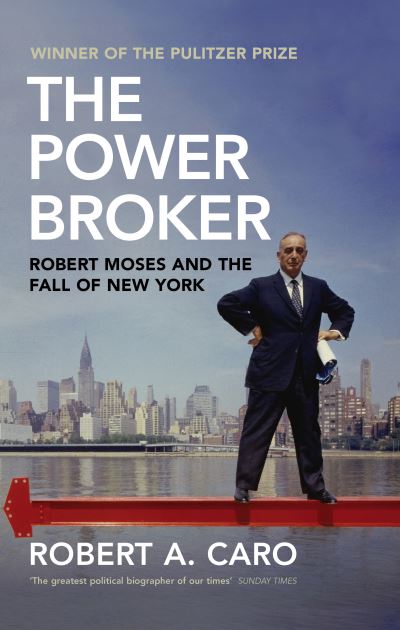 The Power Broker by Robert A. Caro is 'simply one of the best non-fiction books in English of the last forty years' (Dominic Sandbrook, Sunday Times): a riveting and timeless account of power, politics and the city of New York by 'the greatest political biographer of our times' (Sunday Times); chosen by Time magazine as one of the 100 Best Non-Fiction Books of All Time and by the Modern Library as one of the 100 Greatest Books of the Twentieth Century; Winner of the Pulitzer Prize; a Sunday Times Bestseller; 'An outright masterpiece' (Evening Standard)

The Power Broker tells the story of Robert Moses, the single most powerful man in New York for almost half a century and the greatest builder America (and probably the world) has ever known. Without ever once being elected to office, he created for himself a position of supreme and untouchable authority, allowing him to utterly reshape the city of New York, turning it into the city we know today, while at the same time blighting the lives of millions and remaining accountable to no one.