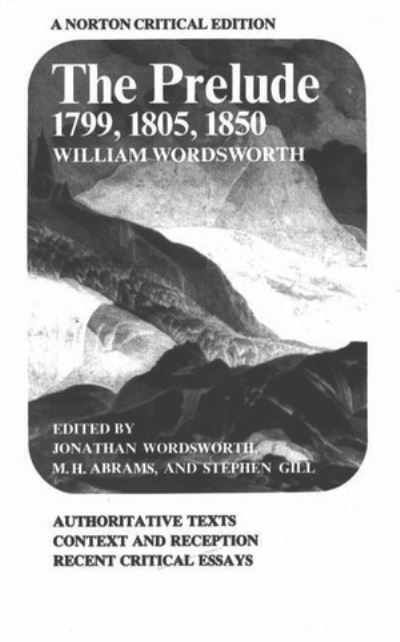 There are no fewer than seventeen manuscripts of The Prelude in the Wordsworth library at Grasmere. Working with these materials, the editors have prepared an accurate reading version of 1799 and have newly edited from manuscripts the texts of 1805 and 1850-thus freeing the latter poem from the unwarranted alterations made by Wordsworth's literary executors. The editors also provide a text of MS. JJ (Wordsworth's earliest drafts for parts of The Prelude) as well as transcriptions of other important passages in manuscript which Wordsworth failed to include in any fair copy of his poem. The texts are fully annotated, and the notes for all three versions of The Prelude are arranged so that each version may be read independently. The editors provide a concise history of the texts and describe the principles by which each has been transcribed from the manuscripts.

There are many other aids for a thorough study of The Prelude and its background. A chronological table enables the reader to contextualize the biographical and historical allusions in the texts and footnotes.

"References to The Prelude in Process" presents the relevant allusions to the poem, by Wordsworth and by members of his circle, from 1799 to 1850. Another section, "Early Reception," reprints significant comments on the published version of 1850 by readers and reviewers.