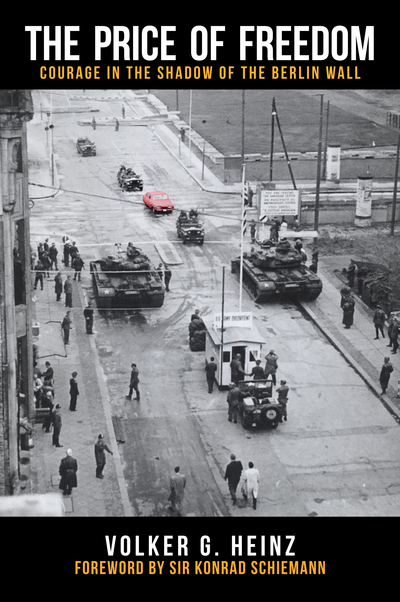 The Price of Freedom

Berlin 1966, a city divided by an impenetrable wall erected by the communist German Democratic Republic. Together with his friends, the West German student Volker G. Heinz is looking for ways to help would-be fugitives escape from East to West. Their search ends at Checkpoint Charlie, the most heavily secured border crossing of the Berlin Wall. By hiding the fugitives in the trunk of a diplomat's car, Volker G. Heinz helps more than sixty East German citizens flee to the West. But when the Stasi picks up his trail, Heinz is arrested and interrogated for months in their secret headquarters - today a much visited memorial. In a spectacular move, following secret negotiations and a show trial, Heinz is swapped for two Soviet spies. Uniquely personal, this account of bravery and sacrifice is history at its most vivid.