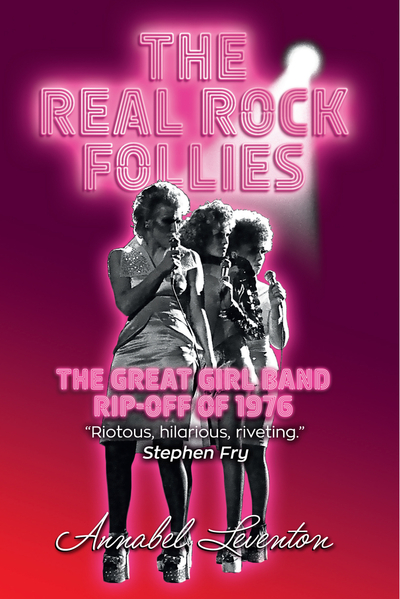 October 21, 1982. Three singers stand on the steps of the High Court with large cheques and broken dreams. The women are Annie (Annabel Leventon, the book's author), GB (Gaye Brown), and Di-Di (Diane Langton). Their dream was of a British three-woman rock band, unique and different from anything that had gone before. They called themselves Rock Bottom. They were raunchy, rude and hilarious - the contemporary media described them as 'a cross between the female Rolling Stones and the female Marx Brothers' - and they nearly made it. Until Thames Television stole everything and made a major award-winning series called Rock Follies, about them, based on them, but without them. It made stars of the three lookalikes playing them. And they lost everything. A common enough tale of showbiz betrayal. Except that they fought back. At the offset of the Court trial, the Head of Drama at Thames TV sarcastically quipped, 'three little actresses against the might of EMI?' Forget it, the three ladies were told. Move on. They didn't. They took the case to the High Court and won. Breach of Confidence is now on the Statute Books and it has become one of the defining cases in Intellectual Property. The Real Rock Follies is a real-life story of youthful trust betrayed, dreams of stardom dashed and cruel lessons learnt. The three girls, then in their late twenties, learned too late that in the harsh showbiz world you can hardly trust anyone, not even your friends. However, despite everything, they got the last laugh. Their promising career couldn't be returned to them but they enjoyed the huge satisfaction (both emotional and financial) that the ruling confirmed that the creative concept behind Rock Follies was fully theirs.