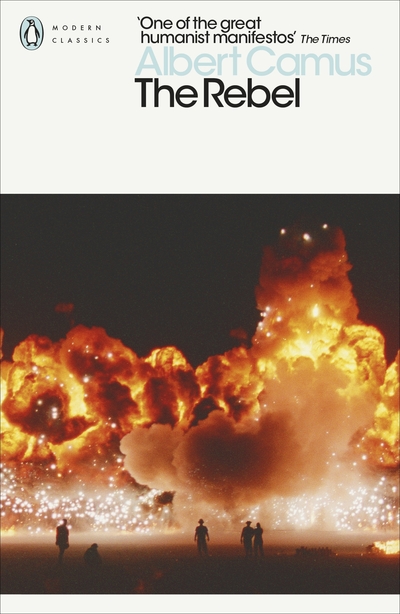 A philosophical exploration of the idea of 'rebellion' by one of the leading existentialist thinkers, Albert Camus' The Rebel looks at artistic and political rebels throughout history, from Epicurus to the Marquis de Sade. This Penguin Modern Classics edition is translated by Anthony Bower with an introduction by Oliver Todd.

The Rebel is Camus' 'attempt to understand the time I live in' and a brilliant essay on the nature of human revolt. Published in 1951, it makes a daring critique of communism - how it had gone wrong behind the Iron Curtain and the resulting totalitarian regimes. It questions two events held sacred by the left wing - the French Revolution of 1789 and the Russian Revolution of 1917 - that had resulted, he believed, in terrorism as a political instrument. In this towering intellectual document, Camus argues that hope for the future lies in revolt, which unlike revolution is a spontaneous response to injustice and a chance to achieve change without giving up collective and intellectual freedom.

Albert Camus (1913-60) is the author of a number of best-selling and highly influential works, all of which are published by Penguin. They include The Fall, The Outsider and The First Man. Awarded the Nobel Prize for Literature in 1957, Camus is remembered as one of the few writers to have shaped the intellectual climate of post-war France, but beyond that, his fame has been international.

If you enjoyed The Rebel, you might like Camus' The Fall, also available in Penguin Modern Classics.

'One of the great humanist manifestos'
The Times

'A conscience with style'
V.S. Pritchett, author of A Cab at the Door