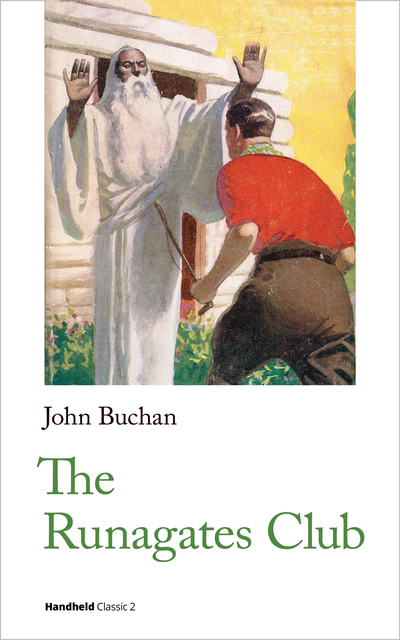 The Runagates Club is John Buchan's last collection of short stories, and is a classic of British interwar short fiction. These twelve stories were written from 1913 to 1927, when he was at the peak of his powers. Buchan's most popular character Richard Hannay battles an ancient curse in South Africa in `The Green Wildebeest'. Edward Leithen tags along in an assassins' war in `Sing a Song of Sixpence'. The Runagates Club features First World War spy and code-cracking thrillers `The Loathly Opposite' and `Dr Lartius'; tales of supernatural possession in deepest Wales, comfortable Oxfordshire and the House of Commons, in `The Wind in the Portico', Fullcircle' and `"Tendebant Manus"'; and stories of survival in the far North and in Depression-era Canada with `Skule Skerry' and `Ship to Tarshish'. There is farce too, in `The Frying-Pan and the Fire' and `"Divus" Johnston', and the riotous journalistic romp of `The Last Crusade' is the last word on fake news, for all eras. What makes The Runagates Club special is that Buchan designed it as a showcase to bring together the best of his magazine fiction. He repurposed these stories with new beginnings, framing them as after-dinner stories told over the port in a late 1920s private gentleman's dining-club. The narrators are a ready-made cast of storytelling characters, and Buchan filled out their backgrounds to fit the patrician, clubland background. This is interwar story-telling at its very best, with a critical introduction by Kate Macdonald.