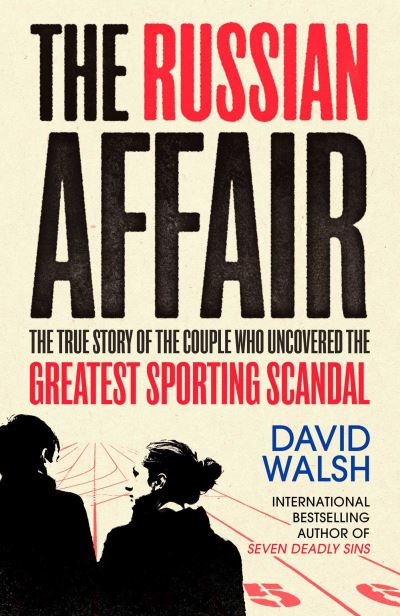 LONGLISTED FOR THE WILLIAM HILL SPORTS BOOK OF THE YEAR PRIZE 2020
'Reads like a thriller, or even a spy novel...Walsh keeps you gripped' Rosamund Urwin, Sunday Times
'A turbulent but ultimately inspiring tale. The candour...is rare and gripping' Matt Dickinson, The Times

It was the story that shocked the world: Russian athletics was revealed to be corrupt from top to bottom, with institutionalised doping used to help the nation's athletes win medals they did not deserve. But the full story of the couple who blew the whistle has never been told - until now.

When Russian anti-doping official Vitaly Stepanov met the young 800m athlete Yuliya Rusanova, for him it was love at first sight. Within two months, they were married. But there was a problem - in fact, there were lots of problems. She admitted she was doping and that everyone else was doping, and she let him know that she came from a dark place ...

It could all have brought a very swift end to a very hasty marriage, but gradually the Stepanovs began to realise that whatever you did, the system in Russia was stacked against you. In the end, the only ones they could rely upon were each other. Fully aware of the risks they were taking, they decided to turn the tables on those who had manipulated them and cheated the sporting world.

The result of their investigative work sent shockwaves around the planet and led to Russia's athletes being banned from world sport, while the Stepanovs themselves had to go into hiding. The Russian Affair is a gripping true-life drama that at times reads like a spy novel and at others like an epic love story. But, at the centre of it all, is a quietly determined couple who knew that if they stood together they could shine a light on a corrupt system and bring it crashing to the ground.