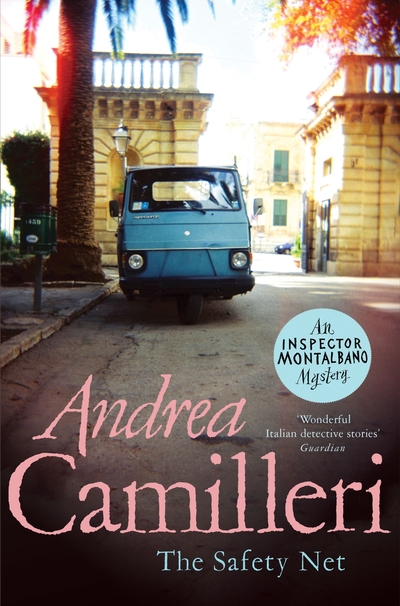 Set on the coast of Sicily, The Safety Net is the twenty-fifth novel in the bestselling Inspector Montalbano series by Andrea Camilleri.

Vigata is bustling as the new filming location for a Swedish television series set in 1950. In the production frenzy, the director asks the locals to track down movies and vintage photos to faithfully recreate the air of Vigata at that time. Meanwhile, Montalbano is grappling with a double mystery, one that emerges from the past and another that leads him into the future . . .

Engineer Ernesto Sabatello, rummaging in the attic of his house, finds some films shot by his father between 1958 and 1963, always on the same day, 27th March, and always the same shot: the outside wall of a country house. Montalbano hears the story and, intrigued, begins to investigate its meaning.

Meanwhile, a middle school is threatened by a group of armed men, and a closer look at the case finds Montalbano looking into the students themselves and delving into the world of social media.