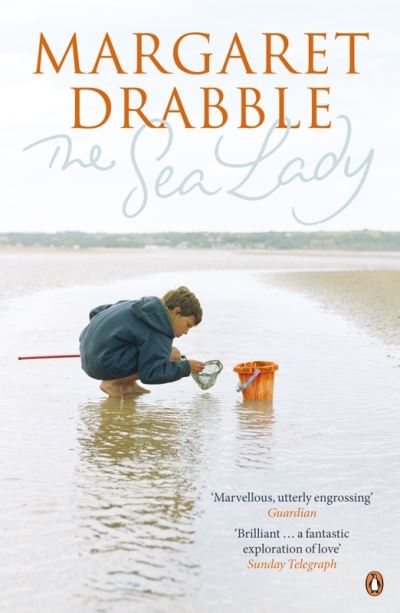 The most recent novel by Margaret Drabble, The Sea Lady tells a story of first and last love, of evolution and the ebb and flow of time that gives shape to our lives.

Humphrey and Ailsa meet as children by a grey, northern sea. Humphrey is quiet, serious - and will in time explore the sea's mysteries; Ailsa is angry, a freckled cobra ready to strike. Yet they fascinate one another and when they meet again years later they fall briefly - and disastrously - in love.

Half a lifetime passes before Humphrey and Ailsa's paths finally re-cross. What will each make of their past? And of the future?

'Drabble excels at describing the minute detail of human behaviour . . . The Sea Lady is a potent tribute to lost dreams and harsh realities' Independent

Margaret Drabble was born in 1939 in Sheffield, Yorkshire, the daughter of barrister and novelist John F. Drabble, and sister of novelist A.S. Byatt. She is the author of eighteen novels and eight works of non-fiction, including biographies of Arnold Bennett and Angus Wilson. Her many novels include The Radiant Way (1987), A Natural Curiosity (1989), The Gates of Ivory (1991), The Peppered Moth (2000), The Seven Sisters (2002) and The Red Queen (2004) all of which are published by Penguin. In 1980, Margaret Drabble was made a CBE and in 2008 she was made DBE. She is married to the biographer Michael Holroyd, and lives in London and Somerset.