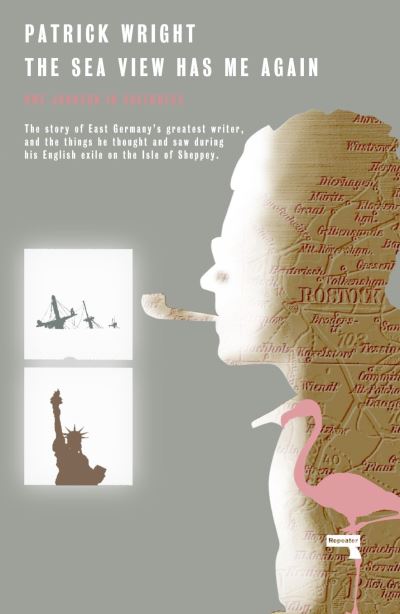 The Sea View Has Me Again

Towards the end of 1974, a stranger arrived in the small town of Sheerness on the Isle of Sheppey in Kent. He could often be found sitting at the bar in the Napier Tavern, drinking lager and smoking Gauloises while flicking through the pages of the Kent Evening Post. "Charles" was the name he offered to his new acquaintances. But this unexpected immigrant was actually Uwe Johnson, originally from the Baltic province of Mecklenburg in the GDR, and already famous as the leading author of a divided Germany. What caused him to abandon West Berlin and spend the last nine years of his life in Sheerness, where he eventually completed his great New York novel Anniversaries in a house overlooking the outer reaches of the Thames Estuary? And what did he mean by detecting a "moral utopia" in a town that others, including his concerned friends, saw only as a busted slum on an island abandoned to "deindustrialisation" and a stranded Liberty ship full of unexploded bombs? Patrick Wright, who himself abandoned north Kent for Canada a few months before Johnson arrived, returns to the "island that is all the world" to uncover the story of the East German author's English decade, and to understand why his closely observed Kentish writings continue to speak with such clairvoyance in the age of Brexit. Guided in his encounters and researches by clues left by Johnson in his own "island stories", the book is set in the 1970s, when North Sea oil and joining the European Economic Community seemed the last hope for bankrupt Britain. It opens out to provide an alternative version of modern British history: a history for the present, told through the rich and haunted landscapes of an often spurned downriver mudbank, with a brilliant German answer to Robinson Crusoe as its primary witness.