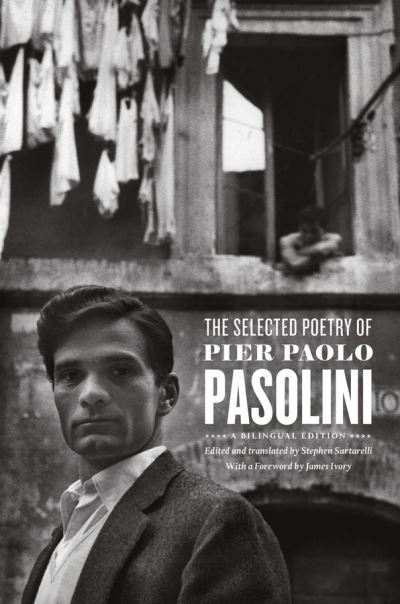 Most people outside Italy know Pier Paolo Pasolini for his films, many of which began as literary works-Arabian Nights, The Gospel According to Matthew, The Decameron, and The Canterbury Tales among them. What most people are not aware of is that he was primarily a poet, publishing nineteen books of poems during his lifetime, as well as a visual artist, novelist, playwright, and journalist. Half a dozen of these books have been excerpted and published in English over the years, but even if one were to read all of those, the wide range of poetic styles and subjects that occupied Pasolini during his lifetime would still elude the English-language reader. For the first time, Anglophones will now be able to discover the many facets of this singular poet. Avoiding the tactics of the slim, idiosyncratic, and aesthetically or politically motivated volumes currently available in English, Stephen Sartarelli has chosen poems from every period of Pasolini's poetic oeuvre. In doing so, he gives English-language readers a more complete picture of the poet, whose verse ranged from short lyrics to longer poems and extended sequences, and whose themes ran not only to the moral, spiritual, and social spheres but also to the aesthetic and sexual, for which he is most known in the United States today. This volume shows how central poetry was to Pasolini, no matter what else he was doing in his creative life, and how poetry informed all of his work from the visual arts to his political essays to his films. Pier Paolo Pasolini was a poet of the cinema, as James Ivory says in the book's foreword, who left a trove of words on paper that can live on as the fast-deteriorating images he created on celluloid cannot. This generous selection of poems will be welcomed by poetry lovers and film buffs alike and will be an event in American letters.