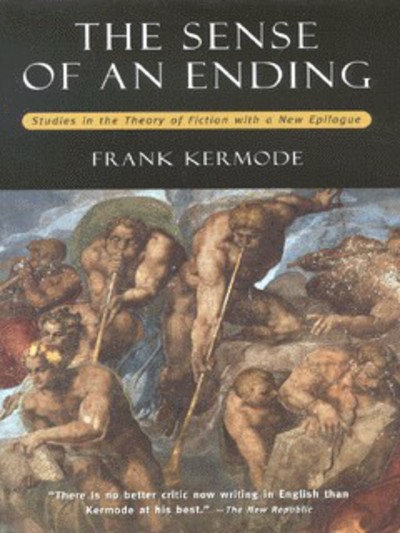 The Sense of an Ending

Frank Kermode is one of our most distinguished and beloved critics of English literature. Here, he contributes a new epilogue to his collection of classic lectures on the relationship of fiction to age-old concepts of apocalyptic chaos and crisis. Prompted by the approach of the millennium, he revisits the book which brings his highly concentrated insights to bear on some of the most unyielding philosophical and aesthetic enigmas. Examining the works of writers from Plato to William Burroughs, Kermode shows how they have persistently imposed their "fictions" upon the face of eternity and how these have reflected the apocalyptic spirit. Kermode then discusses literature at a time when new fictive explanations, as used by Spenser and Shakespeare, were being devised to fit a world of uncertain beginning and end. He goes on to deal perceptively with modern literature - with "traditionalists" such as Yeats, Eliot, and Joyce, as well as contemporary "schismatics," the French "new novelists," and such seminal figures as Jean-Paul Sartre and Samuel Beckett. Whether weighing the difference between modern and earlier modes of apocalyptic thought, considering the degeneration of fiction into myth, or commenting on the vogue of the Absurd, Kermode is distinctly lucid, persuasive, witty, and prodigal of ideas.