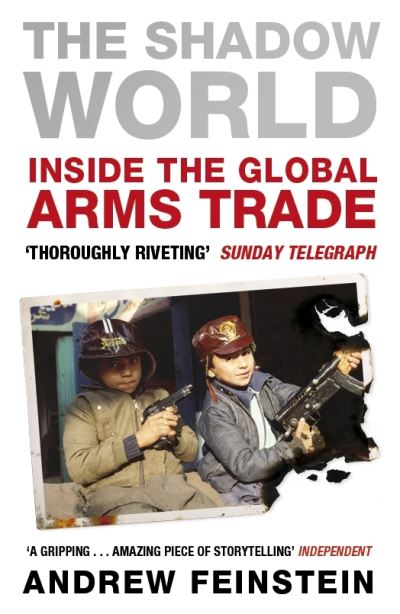 Andrew Feinstein delves behind BAE's controversial transactions in South Africa, Tanzania and eastern Europe and the revolving-door relationships that characterise the US Congressional-Military-Industrial Complex. The Shadow World exposes both the formal government-backed trade in arms as well as the illicit deals and lays bare the shocking links between the two.

'Essential reading for anyone who cares about justice, transparency and accountability in both the public and private spheres, and for anyone who believes that it is more important to invest in saving lives than in the machinery of death' Archbishop Desmond Tutu

'Andrew Feinstein has written an authoritative guide to the business of war. Chilling, heartbreaking and enraging' Arundhati Roy

'The nobility and justice of Feinstein's sentiments are indisputable. The arms trade is a loathsome commerce conducted by people who wear suits and occupy big boardroom tables, but should have trouble sleeping at night' Max Hastings, Sunday Times

'Remarkable and courageous . . . The Shadow World is a heroic book by an author who, in writing it, has put himself in the firing line' Iain Macwhirter

'Feinstein's book is a singularly powerful study, and deserves to be read by anyone who wants to see light shining on such a shadowy world' Independent