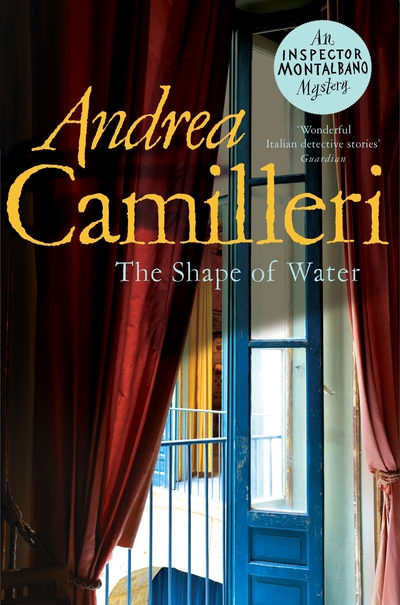 The Shape of Water

When the body of respected and prominent engineer Silvio Luparello is discovered in the Pasture, a rubbish-strewn site brimming with drug dealers and prostitutes, the coroner's verdict is death from natural causes - refreshingly unusual for Sicily.

But Inspector Salvo Montalbano of the Vigata police force, as honest as he is streetwise and as scathing to fools and villains as he is compassionate to their victims, is not ready to close the case, despite pressure from Vigata's police chief, judge, and bishop.

Picking his way through a labyrinth of high-comedy corruption, carefully planted false clues, trigger-happy Mafia members, and delicious Sicilian fare, Montalbano can be relied on, whatever the cost, to get to the heart of the matter.


The Shape of Water is followed by the second in this phenomenal series, The Terracotta Dog.