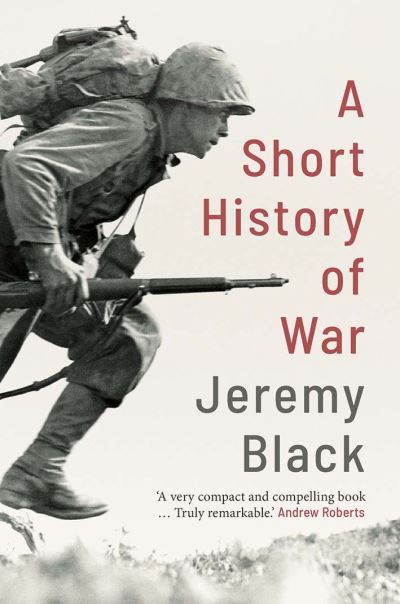 The Short History of War

A wonderfully engaging, accessible introduction to war, from ancient times to the present and into the future

Throughout history, warfare has transformed social, political, cultural, and religious aspects of our lives. We tell tales of wars-past, present, and future-to create and reinforce a common purpose.

In this engaging overview, Jeremy Black examines war as a global phenomenon, looking at the First and Second World Wars as well as those ranging from Han China and Assyria, Imperial Rome, and Napoleonic France to Vietnam and Afghanistan. Black explores too the significance of warfare more broadly and the ways in which cultural understandings of conflict have lasting consequences in societies across the world. Weaponry, Black argues, has had a fundamental impact on modes of war: it created war in the air and transformed it at sea. Today, as twentieth-century weapons are challenged by drones and robotics, Black examines what the future of warfare looks like.