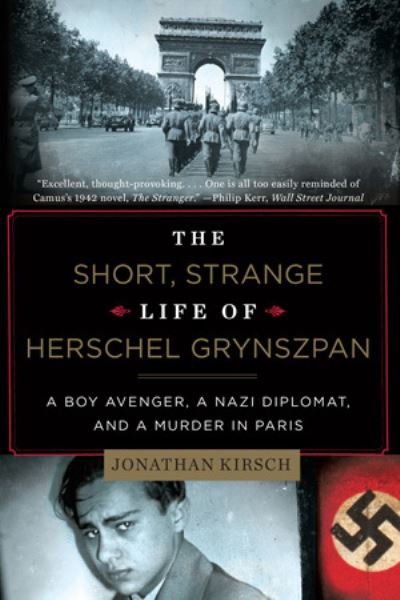 On the morning of November 7, 1938, Herschel Grynszpan, a desperate seventeen-year-old Jewish refugee, walked into the German embassy in Paris and shot Ernst vom Rath, a Nazi diplomat. Two days later vom Rath lay dead, and the Third Reich exploited the murder to unleash Kristallnacht in a bizarre concatenation of events that would rapidly involve Ribbentrop, Goebbels, and Hitler himself. But was Grynszpan a crazed lone gunman or agent provocateur of the Gestapo? Was he motivated by a desire to avenge Jewish people, or did his act of violence speak to an intimate connection between the assassin and his target, as Grynszpan later claimed? Part page-turning historical thriller and part Kafkaesque legal drama, The Short, Strange Life of Herschel Grynszpan brings to life the historical details and moral dimensions of one of the most enigmatic cases of World War II. This compelling biography presents a story with twists and turns that "no novelist could invent" (Alice Kaplan).