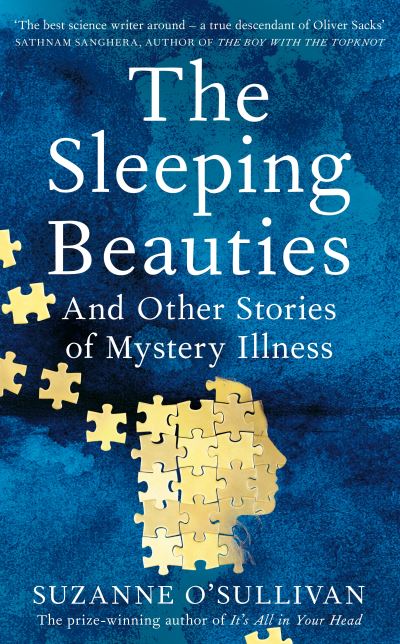 'In my view the best science writer around - a true descendant of Oliver Sacks.' - Sathnam Sanghera, author of The Boy with the Topknot

In Sweden, refugee children fall asleep for months and years at a time. In upstate New York, high school students develop contagious seizures. In the US Embassy in Cuba, employees complain of headaches and memory loss after hearing strange noises in the night.

These disparate cases are some of the most remarkable diagnostic mysteries of the twenty-first century, as both doctors and scientists have struggled to explain them within the boundaries of medical science and - more crucially - to treat them. What unites them is that they are all examples of a particular type of psychosomatic illness: medical disorders that are influenced as much by the idiosyncratic aspects of individual cultures as they are by human biology.

Inspired by a poignant encounter with the sleeping refugee children of Sweden, Wellcome Prize-winning neurologist Suzanne O'Sullivan travels the world to visit other communities who have also been subject to outbreaks of so-called 'mystery' illnesses.

From a derelict post-Soviet mining town in Kazakhstan, to the Mosquito Coast of Nicaragua via an oil town in Texas, to the heart of the Maria Mountains in Colombia, O'Sullivan hears remarkable stories from a fascinating array of people, and attempts to unravel their complex meaning while asking the question: who gets to define what is and what isn't an illness?

Reminiscent of the work of Oliver Sacks, Stephen Grosz and Henry Marsh, The Sleeping Beauties is a moving and unforgettable scientific investigation with a very human face.