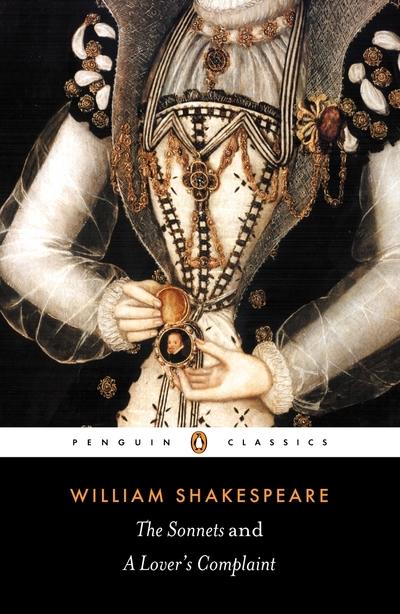 The Sonnets and a Lover's Complaint

William Shakespeare is a global icon for his plays such as Hamlet, Macbeth and Romeo and Juliet, but his poetic meditations on love are among the most powerful and evocative poems ever written. This Penguin Classics edition of Sonnets and A Lover's Complaint is edited by John Kerrigan.

'Shall I compare thee to a summer's day?'

The language of Shakespeare's sonnets has become inseparable from the language of love in English; but the force and tenderness of these poems is undiminished by age. When this volume of Shakespeare's poems first appeared in 1609, he had already written most of the great plays that made him famous. The 154 sonnets - all but two of which are addressed to a beautiful young man, 'Mr W.H.', or a treacherous 'dark lady' - contain some of the most exquisite and haunting poetry ever written, and deal with eternal subjects such as love and infidelity, memory and mortality, and the destruction wreaked by Time. Also included is A Lover's Complaint, originally published with the sonnets, in which a young woman is overheard lamenting her betrayal by a heartless seducer.

In his illuminating introduction, John Kerrigan examines how the sonnets are intertwined, the ways in which these works have been interpreted and the themes running through them. This edition also includes further reading, commentaries on each poem, a textual history, variant and further sonnets and an index of first lines.

If you enjoyed Sonnets and A Lover's Complaint, you might like John Milton's Paradise Lost, also available in Penguin Classics.

'Shakespeare led a life of allegory: his works are the comments on it'
John Keats