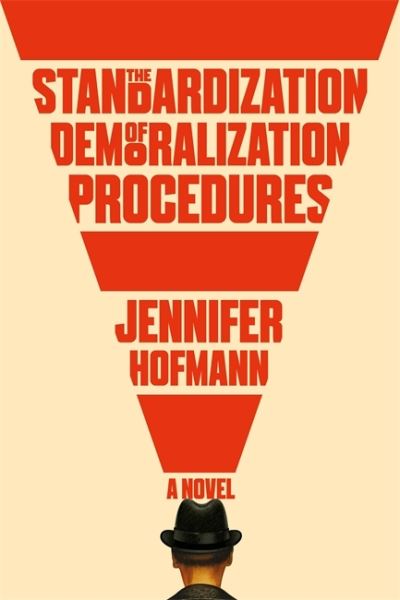 The Standardization of Demoralization Procedures

'The best novel I've encountered this year, brilliant and funny and profound, producing some of the most complex, fascinating characters I've ever known. As far as I'm concerned, the novel is an instant classic' Jaroslav Kalfar, author of Spaceman of Bohemia

'This is art of the highest order, a masterpiece of restraint, insight and style' Matthew Thomas, author of We Are Not Ourselves

9th November 1989, East Berlin, the day the Berlin Wall will fall - Bernd Zeiger, a Stasi agent whose life's work, a manual on the demoralisation of political opponents, once made him renowned now faces an ailing psyche and the fading twilight of his career. His whole life has been reduced to a preoccupation with the disappearance of Lara, a young waitress at his local cafe.

Twenty-five years earlier, during the Cold War, a physicist Johannes Held had been sent by the East Germans to infiltrate a US military operation in the Arizona desert, where teleportation and other paranormal activities were being investigated. On his return to Germany he refused to divulge what he had learned there and Zeiger was summoned to obtain his confession. The torturer and the tortured strangely became friends. But Zeiger soon betrayed Held - a treachery that haunts him to this day and one that will prove to be connected to Lara's disappearance.

Darkly comic and hauntingly surreal, The Standardization of Demoralization Procedures examines obsession, Cold War paranoia and the dwindling career of a Stasi operative. Set against the brutal backdrop of communist East Germany, Hofmann's debut captures the fate of humanist fantasies under an extreme surveillance state.