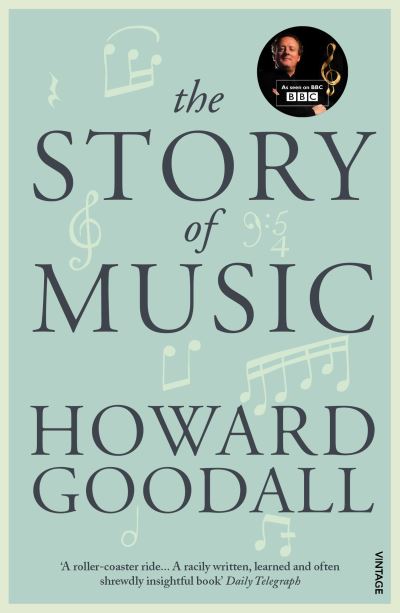 The Story of Music

In his dynamic tour through 40,000 years of music, from prehistoric instruments to modern-day pop, Howard Goodall leads us through the story of music as it happened, idea by idea, so that each musical innovation - harmony, notation, sung theatre, the orchestra, dance music, recording, broadcasting - strikes us with its original force. He focuses on what changed when and why, picking out the discoveries that revolutionised man-made sound and bringing to life musical visionaries from the little-known Perotin to the colossus of Wagner. Along the way, he also gives refreshingly clear descriptions of what music is and how it works: what scales are all about, why some chords sound discordant and what all post-war pop songs have in common.