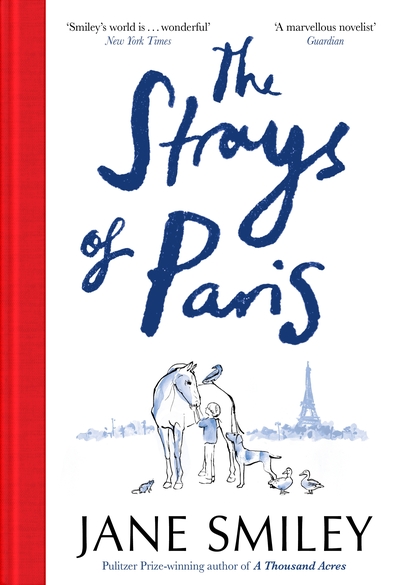 The Strays of Paris

'A joyfully escapist celebration of friendship and freedom' - Mail on Sunday

'Delightful, heartwarming . . . An especially welcome reminder of the bright spots even in dark times' - NPR

Paras is a spirited young racehorse living in a stable in the French countryside. That is until one afternoon when she pushes open the gate of her stall and, travelling through the night, arrives quite by chance in the dazzling streets of Paris.

She soon meets a German shorthaired pointer named Frida, two irrepressible ducks and an opinionated crow, and life amongst the animals in the city's lush green spaces is enjoyable for a time. But everything changes when Paras meets a human boy, Etienne, and discovers a new, otherworldly part of Paris: the secluded, ivy-walled house where the boy and his nearly one-hundred-year-old great-grandmother live quietly and keep to themselves. As the cold weather of Christmas nears, the unlikeliest of friendships blooms between human and animals.

But how long can a runaway horse live undiscovered in Paris? And how long can one boy keep her all to himself? Charming and beguiling in equal measure, Jane Smiley's novel celebrates the intrinsic need for friendship, love and freedom, whoever you may be . . .

From Jane Smiley, the Pulitzer Prize-winning author of A Thousand Acres, The Strays of Paris is a captivating story of a group of extraordinary animals - and one little boy - whose lives cross paths in Paris.