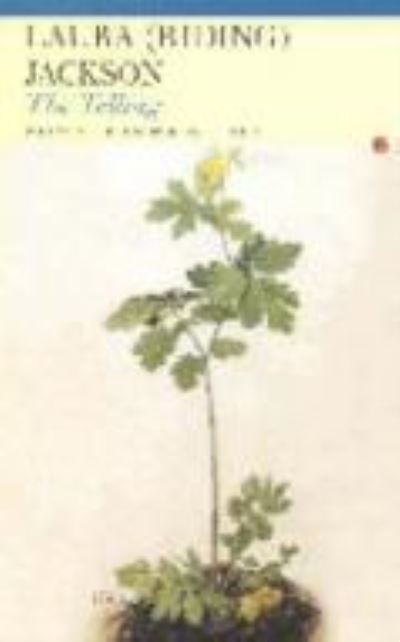 For Laura (Riding) Jackson, two decades of intense poetic dedication finally revealed poetry itself to be a 'usurping occupant'. It was a long time before she felt ready to publish this post-poetic testament, the book she called a 'personal evangel'. The work of a poet who renounced poetry in mid-life because it hampered the way to something 'further' in language, "The Telling" stands central to her work and unique in the intellectual history of the twentieth century. 'It is a work of unusual beauty,' writes Michael Schmidt in his introduction, 'in part because of its tremendous optimism about the human intellect and about the power of language. That optimism requires of each individual a discipline almost impossible to achieve, a continuous consciousness of self, of self in relation, and of self in language. Second nature, nuance, recklessness, spontaneity, all become forms of dereliction. If we wish to move beyond "diffuse greed", we can do so, but we must be prepared to privilege the "human-souled being" over the "self-claiming self".' The ideas are challenging but not obscure. The language-quality of "The Telling" is necessarily distinctive because the work is trying to say something not said before and the language of that saying needs to be precise and unambiguous. So too must be the author's vision of human fulfilment as attainable through truth-speaking. The core-part of the book, in 62 numbered sections, is followed by a 'Preface for a Second Reading', and in turn by the confiding 'Some After-Speaking: Private Words'. This concentric series of extending considerations - linguistic, literary, social, spiritual - completes the book, though its thought lies open to further exploration.