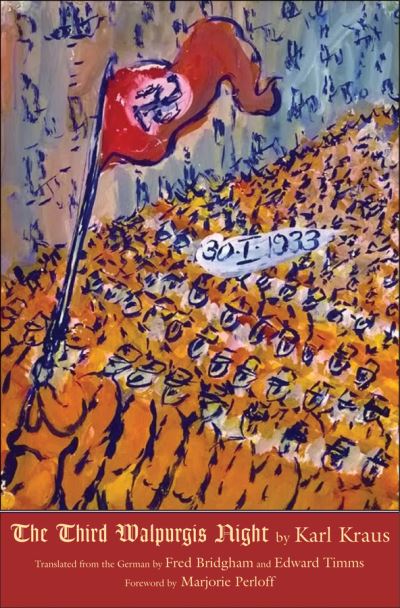 The first complete English translation of a far-seeing polemic, written in 1933 by the preeminent German-language satirist, unmasking the Nazi seizure of power

"[A] drop-dead analysis of the rhetorical barbarities of the Hitler cult."-Bill Marx, Arts Fuse

Austrian satirist and polemicist Karl Kraus's Third Walpurgis Night was written in immediate response to the Nazi seizure of power in 1933 but was withheld from publication for fear of reprisals against Jews trapped in Germany. Acclaimed when finally published by Koesel Verlag in 1952, it is a devastatingly prescient exposure, giving special attention to the regime's corruption of language as masterminded by Joseph Goebbels. Bertolt Brecht wrote to Kraus that, in his indictment of Nazism, "you have disclosed the atrocities of intonation and created an ethics of language." This masterful translation, by the prizewinning translators of Kraus's The Last Days of Mankind, aims for clarity where Kraus had good reason to be cautious and obscure.

The Austrian Jewish author Karl Kraus (1874-1936) was the foremost German-language satirist of the twentieth century. As editor of the journal Die Fackel (The Torch) he single-handedly after 1912 conducted a sustained critique of propaganda and the press, expressed through polemical essays, satirical plays, witty aphorisms, and resonant poems.