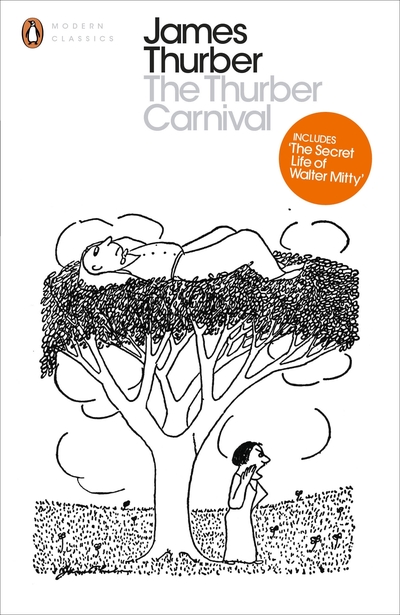 Recommended by David
‘I’ve read the pieces collected here at least two dozen times, and they get funnier with every reading. My essential ‘desert island’ book.’

The hilarious writing of James Thurber, author of 'The Secret Life of Walter Mitty', collected in this classic anthology.

This collection brings together the best of James Thurber's brilliantly funny, eccentric and anarchic writings. It includes his most famous work, The Secret Life of Walter Mitty, in which an ordinary man's fantasies have a more powerful hold on him than reality, as well as essays, poetry and cartoons gathered from all of Thurber's collections. Making fun of his own weaknesses and those of other people (and dogs) - the English teacher who looked only at figures of speech, the Airedale who refused to include him in the family, the botany lecturer who despaired of him totally - James Thurber is a true original, whose off-beat imagination shows us everyday life from a different angle.

James Thurber was born in 1894 at Columbus, Ohio, where, as he once said, so many awful things happened to him. After university (Ohio State) he worked at the American Embassy in Paris from 1918 to 1920, and then turned to journalism. From 1927 onwards he was on the staff of the New Yorker, and first published much of his work in it. He died in New York in 1961, and is today recognised as one of America's greatest twentieth-century humourists.

'One of the great humorists' Sunday Times