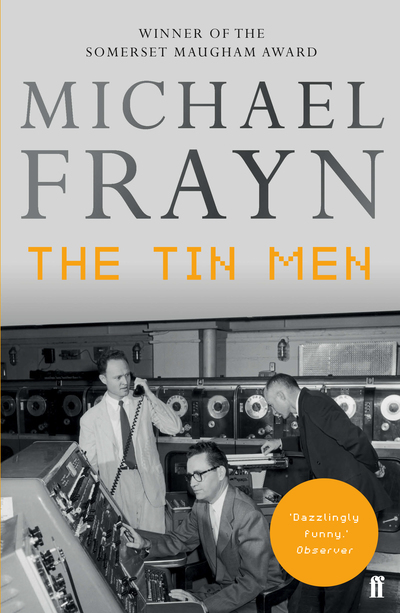 Why not program computers to take over the really dull jobs that human beings have to do - such as praying and behaving morally? At the William Morris Institute of Automation Research they are doing just that to free mankind for the really stimulating and demanding tasks of living today - first and foremost the impending visit of Her Majesty the Queen to open its new wing. . . Michael Frayn is the celebrated author of fifteen plays including Noises Off, Copenhagen and Afterlife. His bestselling novels include Headlong, which was shortlisted for the Man Booker Prize, Spies, which won the Whitbread Best Novel Award and Skios, which was longlisted for the Man Booker Prize. Tin Men, his first novel, is now a modern classic. Winner of the Somerset Maugham Award it explores computers, technology and automation with customary humour and wit.