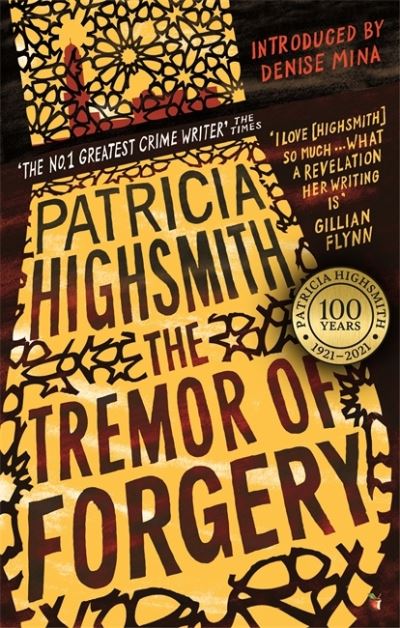 The Tremor of Forgery

By the bestselling author of The Talented Mr Ripley, Carol and Strangers on a Train


A gripping novel that explores the shifting sands of moral values - is murder still murder when committed in a lawless place?

'Highsmith is the poet of apprehension rather than fear . . . Highsmith's finest novel to my mind is The Tremor of Forgery, and if I were asked what it is about I would reply, "apprehension"' Graham Greene

Howard Ingham finds it strange that no one has written to him since he arrived in Tunisia - neither the film director that he is supposed to be meeting in Tunis, nor his lover in New York who is, he hopes, missing him. While he waits around at a beach resort, unable to progress on the film script he is there to write, he starts work on a new novel, about a man living an amoral double life. Howard also befriends a fellow American who has a taste for Scotch and a suspicious interest in the Soviet Union, and a Dane who appears to distrust Arabs intensely. When bad news finally arrives from home, Howard thinks he may as well stay and continue writing, despite the tremors in the air of violence, tensions and ambiguous morals.