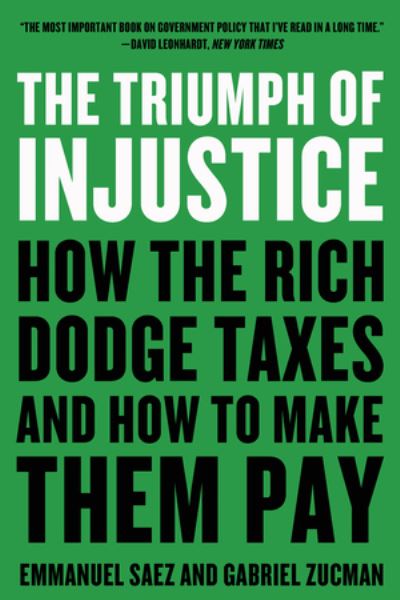 The Triumph of Injustice

Even as they became fabulously wealthy, the rich have seen their taxes collapse to levels last seen in the 1920s. Meanwhile, the working-class has been asked to pay more. The Triumph of Injustice is a forensic investigation into this dramatic transformation. In crystalline prose, Emmanuel Saez and Gabriel Zucman dissect the deliberate choices and the sins of indecision that have fuelled the trend: the gradual exemption of capital owners; the surge of a new tax-avoidance industry; and most critically, tax competition between nations. They argue it is not too late to change course. Instead of competition, we could choose co-operation, finding ways to create a tax regime that serves universal, democratic ends. The Triumph of Injustice offers a visionary and practical reinvention of taxes for that globalised world.