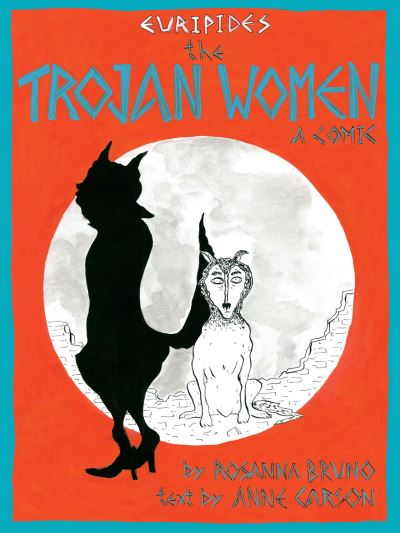 This new comic-book version of Euripides' classic The Trojan Women follows the fates of Hekabe, Andromache and Kassandra after Troy has been sacked and all its men killed. The Trojan Women is a wildly imaginative collaboration between the visual artist Rosanna Bruno and the poet and classicist Anne Carson. Both wacky and devastating, the book gives a genuine representation of how human beings are affected by warfare. All the characters take the form of animals (except Kassandra, whose mind is in another world). Anne Carson collaborated with artist Bianca Stone on their Sophokles reimagining, Antigonick, published by Bloodaxe in 2012. This new collaboration with Rosanna Bruno couldn't be more different. Rosanna Bruno is an artist who makes paintings, comics and bad puns. Her first book, The Slanted Life of Emily Dickinson (Andrews McMeel, 2017), is a book of cartoons based on the myth of her life.