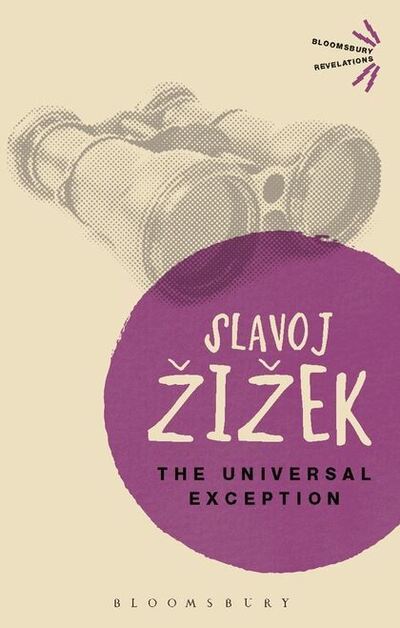 Slavoj Zizek is one of the world's foremost cultural commentators: a prolific writer and thinker, whose adventurous, unorthodox and wide-ranging writings have won him a unique place as one of the most high profile thinkers of our time. The Universal Exception brings together some of Zizek's most vivid writings on politics. Bringing together high theory, popular culture and passionate engagement with politics, Zizek here brings us startlingly new perspectives on such topics as multiculturalism, capitalism and Bill Gates, the revolutionary potential of Stalinism, the terrorist attacks of 9/11 and the war in Iraq. Including a glossary of key terms, the Bloomsbury Revelations edition also includes a new preface by the author.