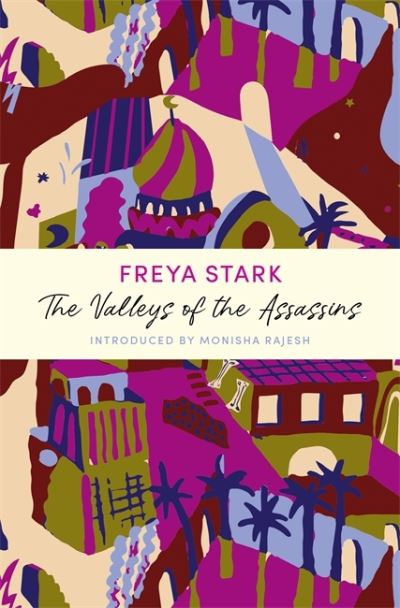 The Valleys of the Assassins

INTRODUCED BY MONISHA RAJESH, award-winning author of Around the World in 80 Trains

'If I were asked to enumerate the pleasures of travel, this would be one of the greatest among them - that so often and so unexpectedly you meet the best in human nature.'

Growing up in near-poverty and denied a formal education, Freya Stark had nurtured a fascination for the Middle East since reading Arabian Nights as a child. But it wasn't until she was in her thirties that she was able to leave Europe. Boarding a cargo ship to Beirut in 1927, she went on to became one of her generation's most intrepid explorers - her adventures would take her to remote areas in Turkey, the Middle East and Asia.

The Valleys of the Assassins chronicles Stark's treks into the wilderness of western Iran on the hunt for treasure and in an attempt to locate the long-fabled Assassins in Alumut, an ancient Persian sect. Entering Luristan on a mule, draped in native clothing, Freya bluffs her way past border guards and sets off into uncharted territory; places where few Europeans, and no European women, had ventured.
Stark was a woman of indefatigable energy, who often travelled with only a single guide and on a shoestring budget, and who was undeterred by discomfort and danger. Hailed as a classic upon its first publication in 1934, The Valleys of the Assassins is an absorbing account of people and place. Full of wit and rich in detail - and also in humanity - her writing brings to vivid life the stories of the ancient kingdoms of the Middle East.