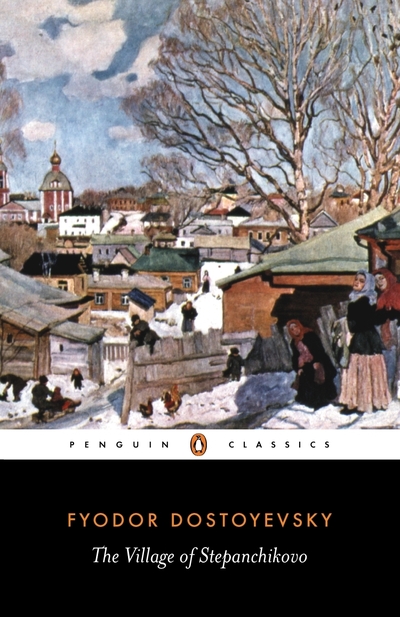 Summoned to the country estate of his wealthy uncle Colonel Yegor Rostanev, the young student Sergey Aleksandrovich finds himself thrown into a startling bedlam. For as he soon sees, his meek and kind-hearted uncle is wholly dominated by a pretentious and despotic pseudo-intellectual named Opiskin, a charlatan who has ingratiated himself with Yegor's mother and now holds the entire household under his thumb. Watching the absurd theatrics of this domestic tyrant over forty-eight explosive hours, Sergey grows increasingly furious - until at last, he feels compelled to act. A compelling comic exploration of petty tyranny, The Village of Stepanchikovo reveals a delight in life's wild absurdities that rivals even Gogol's. It also offers a fascinating insight into the genesis of the characters and situations of many of Dostoyevsky's great later novels, including The Idiot, Devils and The Brothers Karamazov.