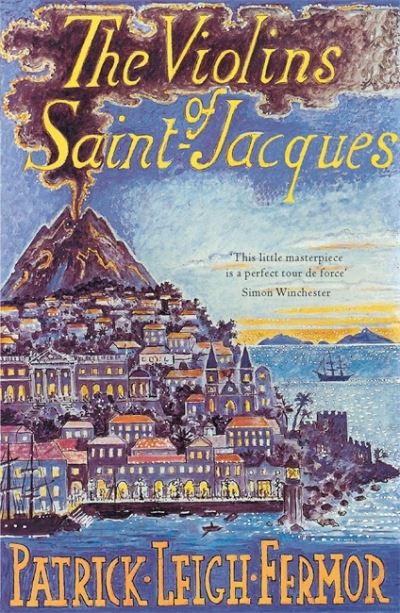 The Violins of Saint-Jacques

On an Aegean island one summer, an English traveller meets an enigmatic elderly Frenchwoman. He is captivated by a painting she owns of a busy Caribbean port overlooked by a volcano and, in time, she shares the story of her youth there in the early twentieth century.

Set in the tropical luxury of the island of Saint-Jacques, hers is a tale of romantic intrigue and decadence amongst the descendents of slaves and a fading French aristocracy. But on the night of the annual Mardi Gras ball, catastrophe overwhelms the island and the world she knew came to an abrupt and haunting end.

The Violins of Saint-Jacques captures the unforeseen drama of forces beyond human control. Originally published in 1953, it was immediately hailed as a rare and exotic sweep of colour across the drab monochrome of the post-war years, and it has lost nothing of its original flavour.