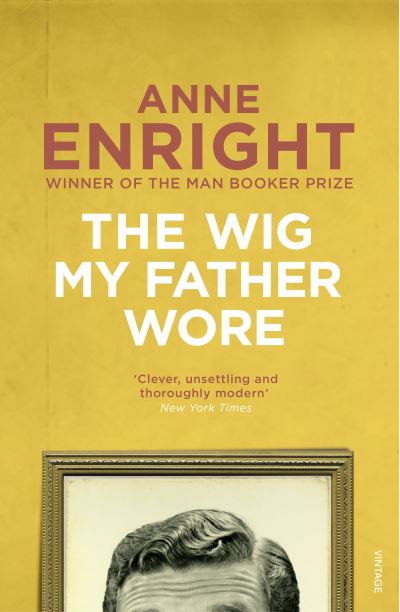 The Wig My Father Wore

'It was a tough, wiry wig with plenty of personality. It rode around on his head like an animal. It was a vigorous brown. I was very fond of it as a child. I thought that it liked me back.'

Anne Enright's extraordinary first novel is narrated by Grace, a TV producer, whose life is transfigured when she answers the door to a fully-fledged angel. Stephen was a bridge-builder in Canada before he killed himself, but now that he has come to stay with Grace he spends the night hanging by the neck in her shower, to help himself think. Needless, to say, she falls in love, moving steadily from the spiritual to the anatomical. Meanwhile as her TV day job on the 'Love Quiz' begins to spiral out of control, on the other side of her life is her father, benign, bewigged and stricken by a stroke -apparently mad but probably the sanest person in her life. As the three worlds meet and merge in a forest of contradictions, we watch Grace take the pacific path from cynicism to innocence, as all around her the novel thinders to a conclusion.