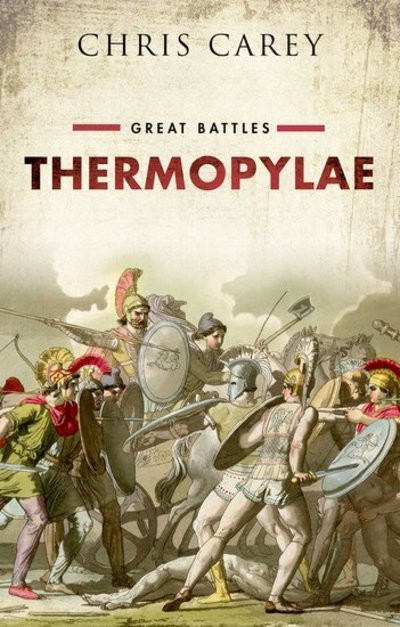 During the Battle of Thermopylae in 480 BC, a Greek force of approximately 7,000 faced the biggest army ever seen in the Greek peninsula. For three days, the Persians-the greatest military force in the world-were stopped in their tracks by a vastly inferior force, before the bulk of the Greek army was forced to retreat with their rear guard wiped out in one of history's most famous last stands. In strict military terms it was a defeat for the Greeks. But like the British retreat from Dunkirk or the massacre at the Alamo, this David and Goliath story has taken on the aura of success. Thermopylae has acquired a glamour exceeding the other battles of the Persian Wars, passing from history into myth, and lost none of that appeal in the modern era. In Thermopylae, Chris Carey analyses the origins and course of this pivotal battle, as well as the challenges facing the historians who attempt to separate fact from myth and make sense of an event with an absence of hard evidence. Carey also considers Thermopylae's cultural legacy, from its absorbtion into Greek and Roman oratorical traditions, to its influence over modern literature, poetry, public monuments, and mainstream Hollywood movies. This new volume in the Great Battles series offers an innovative view of a battle whose legacy has overtaken its real life practical outcomes, but which showed that a seemingly unstoppable force could be resisted.