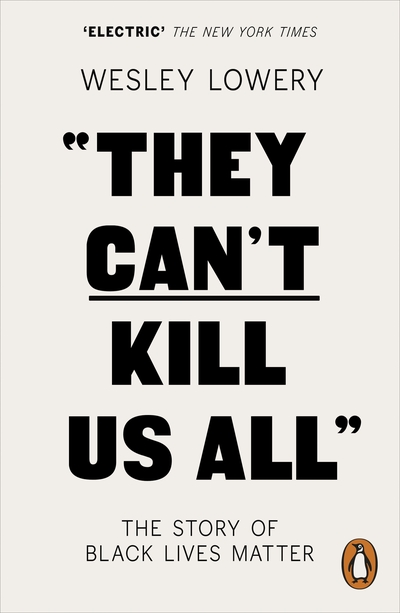 They Can't Kill Us All

**Winner of the Christopher Isherwood Prize for Autobiographical Prose**

'A devastating front-line account of the police killings and the young activism that sparked one of the most significant racial justice movements since the 1960s: Black Lives Matter ... Lowery more or less pulls the sheet off America ... essential reading' Junot Diaz, The New York Times, Books of 2016

'Electric ... so well reported, so plainly told and so evidently the work of a man who has not grown a callus on his heart' Dwight Garner, The New York Times, 'A Top Ten Book of 2016'

'I'd recommend everyone to read this book ... it's not just statistics, it's not just the information, but it's the connective tissue that shows the human story behind it. I really enjoyed it' Trevor Noah, host of Comedy Central's 'The Daily Show'

A deeply reported book on the birth of the Black Lives Matter movement, offering unparalleled insight into the reality of police violence in America, and an intimate, moving portrait of those working to end it

In over a year of on-the-ground reportage, Washington Post writer Wesley Lowery traveled across the US to uncover life inside the most heavily policed, if otherwise neglected, corners of America today.

In an effort to grasp the scale of the response to Michael Brown's death and understand the magnitude of the problem police violence represents, Lowery conducted hundreds of interviews with the families of victims of police brutality, as well as with local activists working to stop it. Lowery investigates the cumulative effect of decades of racially biased policing in segregated neighborhoods with constant discrimination, failing schools, crumbling infrastructure and too few jobs.

Offering a historically informed look at the standoff between the police and those they are sworn to protect, They Can't Kill Us All demonstrates that civil unrest is just one tool of resistance in the broader struggle for justice. And at the end of President Obama's tenure, it grapples with a worrying and largely unexamined aspect of his legacy: the failure to deliver tangible security and opportunity to the marginalised Americans most in need of it.