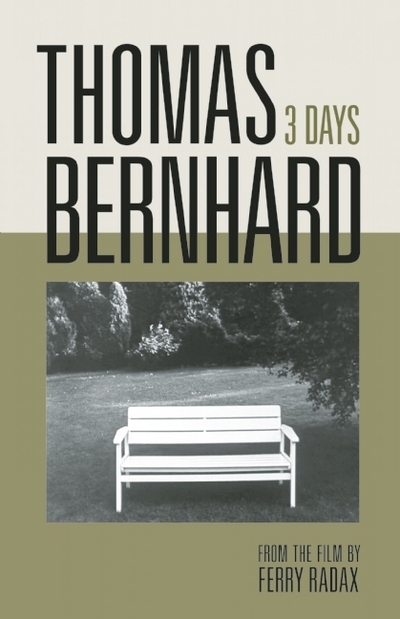 Over the course of three days in 1970, June 5, 6, and 7, simply sitting on a white bench in a Hamburg park, Thomas Bernhard delivered a powerful monologue for Three Days (Drei Tage), filmmaker Ferry Radax's commanding film portrait of the great Austrian writer. Radax interwove the monologue with a variety of metaphorically resonant visual techniques blacking out the screen to total darkness, suggestive of the closing of the observing eye; cuts to scenes of cameramen, lighting and recording equipment; extreme camera distance and extreme closeup. Bernhard had not yet written his autobiographical work Gathering Evidence, published originally in five separate volumes between 1975 and 1982, and his childhood remembrances were a revelation. This publication of Bernhard's monologue and stills from Radax's artful film allows this unique portrait of Bernhard to be savored in book form.