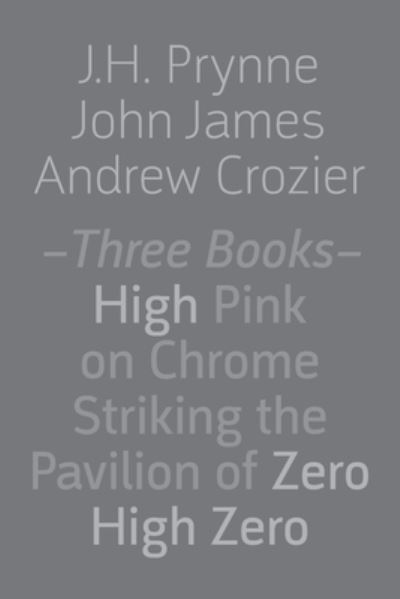 In 1975 J.H. Prynne published High Pink on Chrome. The publication was to be avidly devoured by his admirers and fellow poets. Prynne's example loomed large, especially in Cambridge, and John James and Andrew Crozier would both often respond to his work. Later in 1975, John James published Striking the Pavilion of Zero, which references Prynne, and then, three years later, Andrew Crozier published High Zero, the title of which references, and responds to, both of the preceding books - in this case, the connection goes even further, with the first poem in the book being based on the final poem in Prynne's collection, and the last poem being based on the first poem in the James collection. This unusual compendium volume gives readers a chance to look in on this cardinal moment in radical English poetry, and see the connections at work. The sequences can be read in the various collected editions of the three poets, but the limited-edition originals are long out of print. Here the poems are presented together and afresh in the original context of their first grace and audacity.