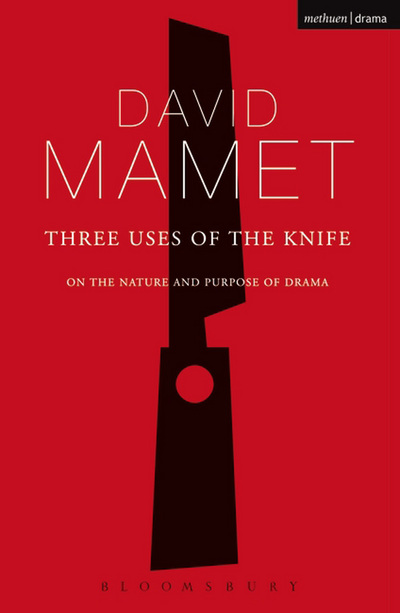 Three Uses of the Knife

A paperback edition of award-winning dramatist David Mamet's acclaimed collection of theatre essays. Renowned playwright, screenwriter, poet and essayist David Mamet explains the necessity, purpose and demands of drama. A celebration of the ties that bind art to life, Three Uses of the Knife will enthral anyone who has sat anxiously waiting for the lights to go up on Act 1. In three tightly woven essays of characteristic force and resonance, Mamet speaks about the connection of art to life, language to power, imagination to survival, public spectacle to private script. Self-assured and filled with autobiographical touches Three Uses of the Knife is a call to art and arms, a manifesto that reminds us of the singular power of the theatre to keep us sane, whole and human. 'Mamet's writing is tight, spare, and as accurate and ruthless as a scalpel' Sunday Times