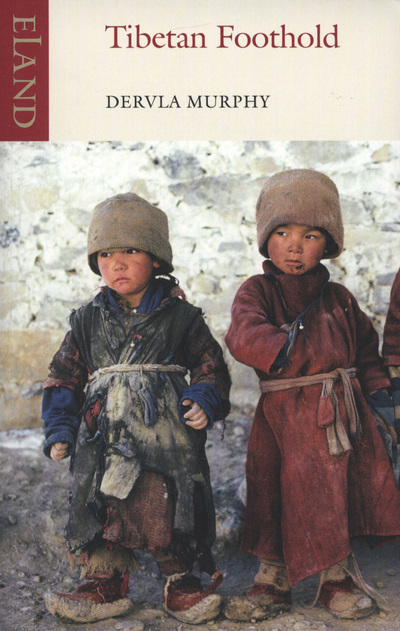 Dervla Murphy's first epic journey from Ireland to India by bicycle, "Full Tilt", is a complete adventure in itself. It is also the first volume of a trilogy of experience that continues with Tibetan Foothold. For the young Irish woman, once she had got herself to India by July 1963, immersed herself in the life of the sub-continent, working for six months in an orphanage for Tibetan children in the refugee camps of Northern India. Here, she fell in love with the 'Tiblets' - the cheerful, tough, uncomplaining, independent and affectionate children of the new Tibet-in-exile. Dervla vividly describes day-to-day life in the camps where hundreds of children are living in squalor while a handful of dedicated volunteers do their best to feed and care for them, attempting to keep disease at bay with limited resources. She pitches in with a helping hand wherever it is needed and finds time to visit the Dalai Lama and his entourage. Dervla's heart-rending account is interwoven with her own observations on the particular cultural and social problems associated with trying to help a people who have lived in isolation from the rest of the world and she becomes a perceptive witness to the inner realities and sometime inadequacies of aid-work. First published in 1966, "Tibetan Foothold" not only confirmed Dervla's status as a traveller, but also revealed her to be a truly independent voice and an acute observer of politics and society.