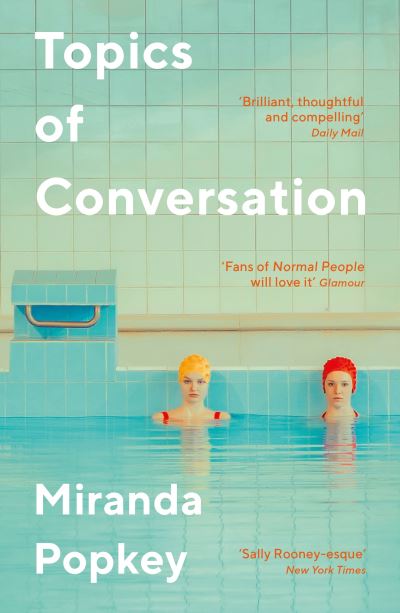 'If you're a fan of Sally Rooney's work, then you can't go wrong by picking up a copy of Topics Of Conversation ... She's a fresh voice, and one that it's certainly worth listening to. 'Vogue 'Miranda Popkey's debut explores the paradox of longing to assert control and longing to lose it ... She depicts what it feels like to exist, actually live, at that intersection, which can so often bring about paralysis.' New Yorker What is the shape of a life? Is it the things that happen to us? Or is it the stories we tell about the things that happen to us? From the coast of the Adriatic to the salt spray of Santa Barbara, the narrator of Topics of Conversation maps out her life through two decades of bad relationships, motherhood, crisis and consolation. The novel unfurls through a series of conversations - in private with friends, late at night at parties with acquaintances, with strangers in hotel rooms, in moments of revelation, shame, cynicism, envy and intimacy. Sizzling with enigmatic desire, Miranda Popkey's debut novel is a seductive exploration of life as a woman in the modern world, of the stories we tell ourselves and of the things we reveal only to strangers.