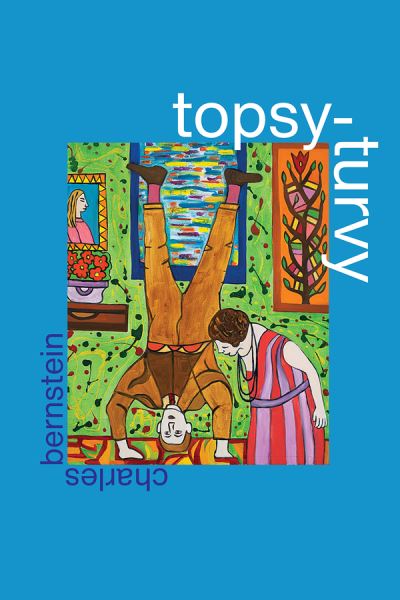 In his most expansive and unruly collection to date, the acclaimed poet Charles Bernstein gathers poems, both tiny and grand, that speak to a world turned upside down. Our time of "covidity," as Bernstein calls it in one of the book's most poignantly disarming works, is characterized in equal measure by the turbulence of both the body politic and the individual. Likewise, in Topsy-Turvy, novel and traditional forms jostle against one another: horoscopes, shanties, and elegies rub up against gags, pastorals, and feints; translations, songs, screenplays, and slapstick tangle deftly with commentaries, conundrums, psalms, and prayers. Though Bernstein's poems play with form, they incorporate a melancholy, even tragic, sensibility. This "cognitive dissidence," as Bernstein calls it, is reflected in a lyrically explosive mix of pathos, comedy, and wit, though the reader is kept guessing which is which at almost every turn. Topsy-Turvy includes an ode to the New York City subway and a memorial for Harpers Ferry hero Shields Green, along with collaborations with artists Amy Sillman and Richard Tuttle. This collection is also full of other voices: Pessoa, Geeshie Wiley, Friedrich Ruckert, and Rimbaud; Carlos Drummond, Virgil, and Brian Ferneyhough; and even Caudio Amberian, an imaginary first-century aphorist. Bernstein didn't set out to write a book about the pandemic, but these poems, performances, and translations are oddly prescient, marking a path through dark times with a politically engaged form of aesthetic resistance: We must "Continue / on, as / before, as / after."