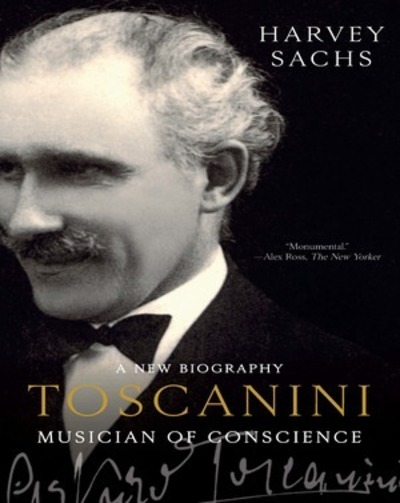 Arturo Toscanini (1867-1957) was famed for his dedication, photographic memory, explosive temper and impassioned performances. At times he dominated La Scala, the Metropolitan Opera, the New York Philharmonic, and the Bayreuth, Salzburg and Lucerne festivals. His reforms influenced generations of musicians, and his opposition to Nazism and Fascism made him a model for artists of conscience. With unprecedented access to the conductor's archives, Harvey Sachs has written a new biography positioning Toscanini's musical career and sometimes scandalous life against the currents of history. Set in Italy, across Europe, the Americas and in Palestine, with portraits of Verdi, Puccini, Caruso, Mussolini and others, Toscanini soars in its exploration of genius, music and moral courage.