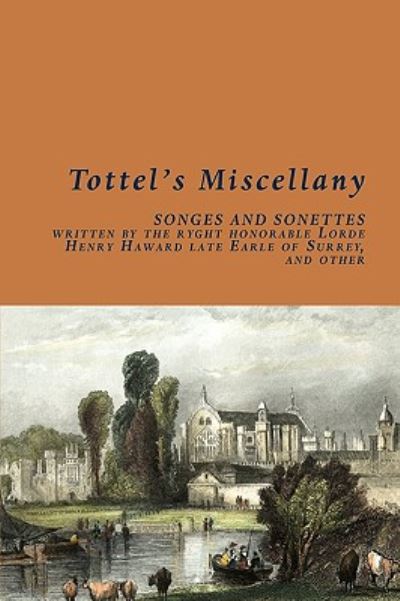 1557 saw the publication of this ground-breaking volume: the first printed anthology of contemporary poetry in English. The book is built on a foundation of two recently-deceased aristocratic poets, Sir Thomas Wyatt and Henry Howard, Earl of Surrey, who had by their example given English poetry a new direction, above all with the introduction of the Petrarchan sonnet, but also with the invention of blank verse. The anthology was to have an enormous impact, giving witness to the latest developments in English verse for a far bigger public than would have been the norm in the mid-16th century, when manuscripts tended to circulate anonymously and in a small circle of gentlemen. It is likely that, had either Wyatt or Surrey still been alive at the time of publication, they would have forbidden the appearance of their names. As it was, the book appeared, possibly under the editorship of the third named poet in this collection, Nicolas Grimald, and published by Richard Tottel, otherwise best known for his printing of legal texts.