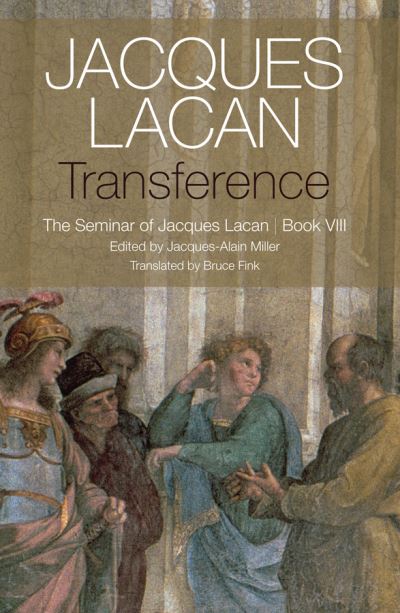 "Alcibiades attempted to seduce Socrates, he wanted to make him, and in the most openly avowed way possible, into someone instrumental and subordinate to what? To the object of Alcibiades's desire agalma, the good object. I would go even further. How can we analysts fail to recognize what is involved? He says quite clearly: Socrates has the good object in his stomach. Here Socrates is nothing but the envelope in which the object of desire is found. It is in order to clearly emphasize that he is nothing but this envelope that Alcibiades tries to show that Socrates is desire's serf in his relations with Alcibiades, that Socrates is enslaved to Alcibiades by his desire. Although Alcibiades was aware that Socrates desired him, he wanted to see Socrates's desire manifest itself in a sign, in order to know that the other the object, agalma was at his mercy. Now, it is precisely because he failed in this undertaking that Alcibiades disgraces himself, and makes of his confession something that is so affectively laden. The daemon of (Aidos), Shame, about which I spoke to you before in this context, is what intervenes here. This is what is violated here. The most shocking secret is unveiled before everyone; the ultimate mainspring of desire, which in love relations must always be more or less dissimulated, is revealed its aim is the fall of the Other, A, into the other, a." Jacques Lacan