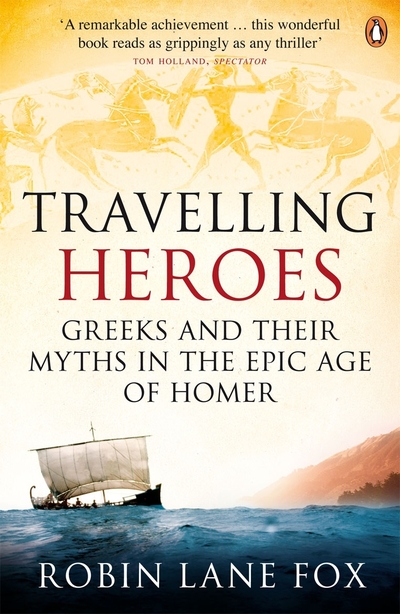 Robin Lane Fox's Travelling Heroes: Greeks and their Myths in the Epic Age of Homer proposes a new way of thinking about ancient Greeks, showing how real-life journeys shaped their mythical tales.

The tales of the ancient Greeks have inspired us for thousands of years. But where did they originate? Esteemed classicist Robin Lane Fox draws on a lifetime's knowledge of the ancient world, and on his own travels, to open up the age of Homer.

His acclaimed history explores how the intrepid seafarers of eighth-century Greece sailed around the Mediterranean, encountering strange new sights - volcanic mountains, vaporous springs, huge prehistoric bones - and weaving them into the myths of gods, monsters and heroes that would become the cornerstone of Western civilization: the Odyssey and the Iliad.

'Original, daring and arguably life-enhancing ... produced with a sweeping narrative flourish worthy of a cinematographer or screenwriter'
Paul Cartledge, Independent

Robin Lane Fox (b. 1946) is a Fellow of New College, Oxford, and a University Reader in Ancient History. His other books include The Classical World, Alexander the Great, Pagans and Christians and The Unauthorized Version. He was historical advisor to Oliver Stone on the making of Stone's film Alexander, for which he waived all his fees on condition that he could take part in the cavalry charge against elephants which Stone staged in the Moroccan desert.