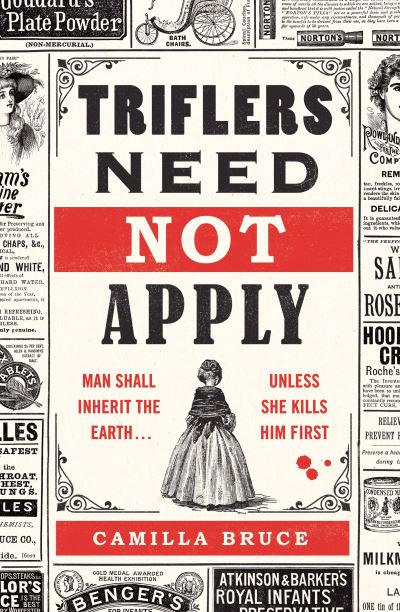 You've never met a woman as dangerous as Bella Sorensen . . .

'Dark, twisted and dangerously addictive' SAM LLOYD, bestselling author of THE MEMORY WOOD
'Extraordinary. Bruce does a marvellous job of reimagining this real-life murderer, without excusing her crimes' The Times

Bella Sorensen knows the world is made for men. But she also knows what few others do: where women are concerned, men are weak.

A woman unscrupulous enough can take from them what she wants. And so Bella sets out to prove to the world that a woman can be just as ruthless, black-hearted and single-minded as any man.

Starting with her long-suffering husband, Mads, Bella embarks on a killing spree the like of which has never been seen before nor since.

And through it all her kind, older sister Nellie can only watch in horror as Bella's schemes to enrich herself and cut down the male population come to a glorious, dreadful fruition . . .

Based on the true story of Belle Gunness whose killing spree began in Chicago in 1900, Triflers Need Not Apply is a novelistic tour de force exploring one woman's determination to pay men back for all they have taken.
________

'Dark glee, tragedy . . . Fans of my story The Corset will gobble this up' LAURA PURCELL

'Come for the fabulous premise, stay for the razor-sharp portrait of a marvelously complex (and often totally terrifying) mind . . . Camilla Bruce has absolutely outdone herself' LAIRD HUNT

'Starts as a revenge story but quickly becomes so much more. Clever, shocking and horrific in places, it's the sort of book for which the phrase 'page-turner' was invented' LUCIE MCKNIGHT HARDY